German Supermodel Heidi Klum is retiring from being a Victoria’s Secret Angel. After 13 years of wearing her lingerie-clad stuff down the catwalk and striking poses in catalogs and magazines for Victoria’s Secret, Heidi has decided to hang up her bra and undies and move on. The 37-year-old model said: “All good things have to come to an end, I will always love Victoria and never tell her secret. It’s been an absolute amazing time!” 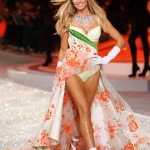 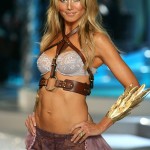 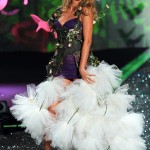 The happy mother of four has been dealing with a heavy workload lately: in addition to her modeling gigs, she’s still hosting Project Runway and has designed an activewear collection for New Balance, set to debut this month on Amazon. The tenth episode of Project Runway, season eight, airs TONIGHT @ 9PM ET/PT.

Heidi Klum and Seal also are about to shoot a pilot show for U.S. television that gives different couples their dream weddings.