British actor Orlando Bloom drinks a bottle of juice after his intense workout routine on Monday, April 9, in West Hollywood, California. The 35-year-old actor has been clocking in a lot of time at the gym the past few days. 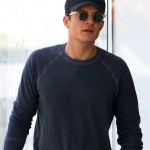 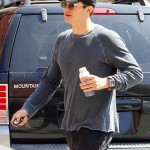 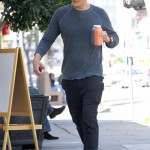 Over the weekend, Orlando worked out at the same facility. He also recently took his son Flynn for a hike at Runyon Canyon. Flynn and proud mama Miranda Kerr currently grace the cover of Who‘s “Most Beautiful People 2012″ issue – check out the adorable pic in case you missed it!

The English actor and the Australian model have been dating for almost three years and have dodged multiple engagement rumors throughout their relationship.