Teen Canadian pop-R&B singer Justin Bieber could hardly contain his excitement after shooting his cameo as a troubled boy in Crime, Scene, Investigation. He posted a picture of him in character while shooting for his cameo over the weekend. The 16-year old reality star, who is playing the part of Jason McCann in the season premiere of the series posted the picture of himself with handcuffs and a red jail jumpsuit.

He later posted a comment with the picture of himself in character: “CSI premieres on Thursday, Sept 23rd on CBS, and I told you I was a BAD MAN!!” While CBS is yet to give away the official version, Justin gave his fans a sneak peek of how he would blend in on “CSI: Crime Scene Investigation”.

Few hours later he confessed to doing a prank on the crew, writing “amazing day, excited for you guys to get to watch it. And yes I did prank the EP of the show. Somebody got locked in the closet!” 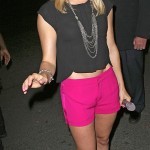 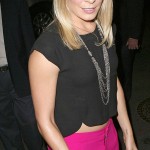 Margaret will be joined by teen popstar Justin Bieber and singing sensation Enrique Iglesias for the July 4th spectacular. She looks cute in these pictures.

It has been rumored that pop star Justin Bieber was dating Caitlin Beadles, his ex girlfriend. The rumor went viral, when he was seen with his ex-girlfriend on vacation in the Caribbean.

Today, Justin has taken to his Twitter account to clear up the rumors. Just so that his gal pal won’t be getting any Belieber threats, I’m sure. Justin tweeted: “IM SINGLE and READY TO MINGLE!! haha”. Caitlin Beadles was also spotted at his concert in Atlanta. Now, there are rumors that the young couple is back in love after reuniting this past month in The Bahamas.

It looks like teen Canadian celeb Justin Bieber is having some fun with young star Miley Cyrus.

Miley said that Justin has taken to pranking Miley while she is touring in England. Maybe the 16 year old singer just has a crush on Miley and he is expressing it the only way he knows how: with cell phone pranks.