Actress Halle Berry is busy shooting her new movie, Dark Tide, with her on-and-off-screen lover Olivier Martinez. However, new details emerged about Halle’s other movie called “Cloud Atlas”. It has been reported that the Wachowski brothers will produce and possibly direct the film. It’s inspired by the novel “Cloud Atlas: A Novel”, written by British author David Mitchell. 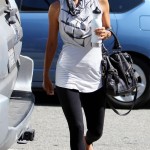 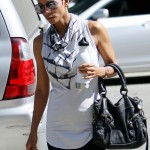 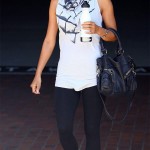 Tom Tykwer (the Director of Run Lola Run) is writing the screenplay. Earlier this year Tom Hanks, Natalie Portman and Halle Berry all signed up to star in Cloud Atlas. James McAvoy still has an offer on the table but Ian McKellen, who was also offered a role, may have to pass as he’ll be needed in Middle Earth.

In the cpitures above, you can see Halle Berry at the Batia & Aleeza Beauty & Hair Salon on Thursday, September 23, in Beverly Hills, California.

Halle Berry looks beautiful as she arrives at “Swarovski Elements 22 Ways To Say Black” event held in New York City on Monday, September 20. The 44-year-old actress checked out amazing garments for a good cause. A total of 22 amazing black dresses were auctioned off to benefit the American Cancer Society and France’s La Ligue Nationale Contre Le Cancer. 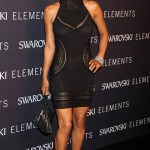 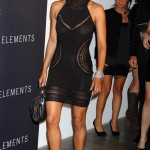 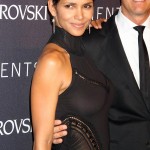