According to a chief of Plastic Surgery at George Washington University that analyzed photos of Kate Gosselin, the reality star mother of eight has had bad botox injections. “Kate has the typical appearance of Dysport or Botox poorly placed in the space between the brows where frown lines occur” Dr. Michael Olding told Us Magazine after looking at before and after photos of Kate Gosselin. Check these photos and the before/after picture. 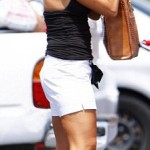 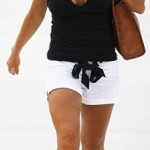 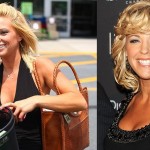 Dr. Olding also stated that: “Gosselin looks like the typical patient that has had Botox poorly injected into the brow area, that sprouts brow lines with the lateral part of her brow in particular raised abnormally high.”

Only last week, reports surfaced that the 35-year-old mother of eight children, may of undergone a secret boob job early last year around the time she separated from her husband of 10 years.

Kate Gosselin achieved national recognition on the reality show “Jon & Kate Plus 8” which profiles her and Jon Gosselin (her Ex-Husband) as they raise their atypical family of sextuplets and twins.