Actress Jodie Sweetin, best known for her role as “Stephanie Tanner” on the television sitcom “Full House”, is expecting her second baby. The actress is pregnant and is also planning her third wedding to her new boyfriend, DJ Morty Coyle. Her Ex-Husband, Cody Herpin, got furious to know that Jodie Sweetin is having another baby: “Raising a child takes a lot of time and patience. Jodie hasn’t put in nearly enough time with our own daughter. And now she’s having another child!” 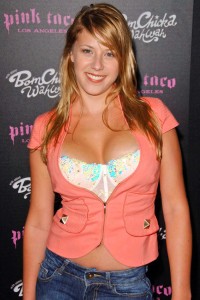 Cody Herpin knew about Jodie’s pregnancy during the finalization of their divorce. The couple has one daughter named Zoie Laurelmae who was born on April 12, 2008. We all know that the 28-year-old blonde may be kept in mind as the pretty middle sister in “Full House”, but there was nothing sweet about the angelic girl when she developed an addiction to crystal meth. She also purportedly lost her marriage and numerous teeth and was hospitalized after a night of partying. The latest news is that she is expecting her second child and is planning her third wedding to DJ Morty Coyle.