Puerto Rican pop singer Ricky Martin strikes a pose on the January 2011 cover of UK’s Attitude magazine. The 38-year-old Puerto Rican and father of two, Matteo and Valentino, shared what he looks for in a guy. “I love witty,” he told the mag. “I love mental strength. Just being secure. With all the stuff I come with, you have to be someone who is sure of himself. That turns me on. Somebody who is very sure of themselves without being arrogant, smart, witty, has a career. Somebody who is very open-minded about things. That’s what I love. Adventurous is the word.”

“I used to fall in love quickly,” Ricky admitted. “When you are young you are open to taking risks and not afraid of anything. Now my priorities are different. I have children and they are the most important thing in my life. OK, I’m in a relationship and I know how lucky I am.”

Attitude is the best selling gay magazine in UK and is also distributed worldwide and available worldwide as a download for ipad and iphone. The first issue appeared in May 1994. As of 2010, it is owned by Trojan Publishing. 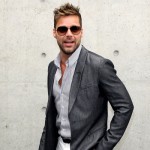 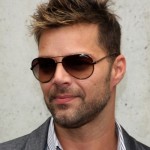 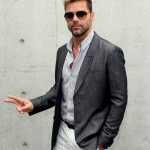 Latin singer and celeb Ricky Martin will star as Che in Broadway. It will be the revival of Andrew Lloyd Webber and Tim Rice’s Evita. Argentinean actress Elena Roger will reprise her great performance as Eva Perón.

The Musical show is targeting for 2012 opening! Ricky has performed on Broadway before as Marius Pontmercy, in the hit musical Les Miserables.