Actor Nick Cannon denies Mariah Carey pregnancy. The host of “America’s Got Talent” and husband of Mariah Carey said that the singer is not pregnant. After months of speculation, Nick finally revealed the truth, his famous wife Mariah Carey is not expecting the couple’s first child. The rumors first began when “doctor’s orders” forced the singer to pull out of a new Tyler Perry project. 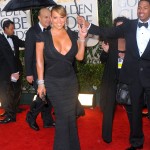 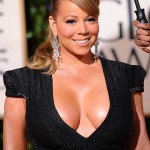 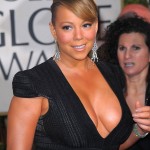 In a recent interview Nick Cannon (29) said, “Mariah is not pregnant. The timing has to be right. But I can’t wait to be a dad!” The rumor heated up this May after Carey and Cannon were seen walking out of a building that houses a fertility clinic. In addition, Mariah Carey (40) has openly admitted that she is interested in becoming a mother. Media outlets have also taken note that she seems to have gained a noticeable amount of weight recently. Take a look at these pictures.