Jessica Alba is looking sexier and classier than ever at the premiere of “The Killer Inside Me”, her new thriller. This premiere was held today at Cine Cite des Halles in Paris, France. 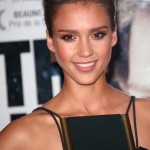 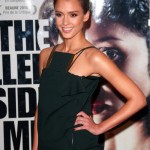 The 29 year old actress plays a prostitute in the film, based on the novel by legendary pulp writer Jim Thompson. The USA premiere was held at the Sundance Film Festival back in January 2010, and the film was officially released in the United States on June 18th.

Later today, it was revealed that Jessica Alba has stopped a Chinese girl from undergoing cosmetic surgery. The 21 year old Chinese girl, known only as Xiaoqing, had plans for a painful operation to make herself look more like the actress, but she was later convinced by the American actress to stop the surgery.