Russian fashion model and beauty Irina Shayk, known for her appearances in the Sports Illustrated Swimsuit Issue, was spotted partying it up in New York City on Thursday night, August 5. The model went to the annual Sunset Over the Hudson summer celebration hosted by high end jewelry designer, David Yurman. 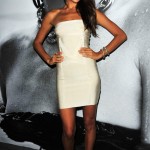 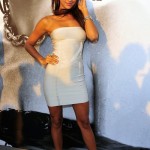 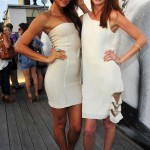 Enjoy the pictures of Irina Shayk.

It has been reported that the mother of Cristiano Ronaldo’s baby is an American waitress. Ronaldo had a one night stand with her in 2009. The Portuguese football star of Real Madrid has used his best friend to help him in having an exclusive $15 million paternity deal in New York City. It was also supervised by his mother Dolores Aveiro, to bring the baby back to Portugal.

Ronaldo won’t tell the boy the identity of his mother until his 18th birthday. Last summer, on a trip to Los Angeles, Ronaldo was spotted in a restaurant with the mother of his son. The footballer made the shock announcement that he had become a father earlier this month and revealed that he had taken sole custody of the boy. According to The Sunday Mirror she then tracked down the football player through his agent and he found out the results of a DNA test during the World Cup, where he was playing for Portugal. The baby boy was born on June 17, 2010 and was named Cristiano Junior. 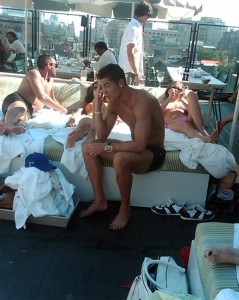