Actor Brad Pitt heads out on a rainy day to shop for some furniture on Friday, March 8 in Paris, France. 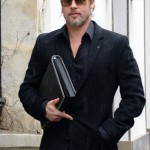 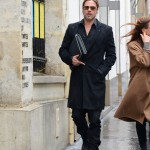 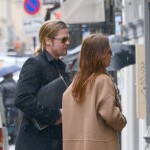 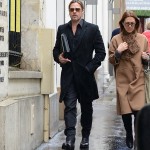 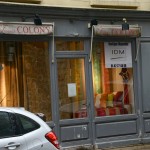 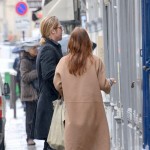 The 49-year-old celebrity was joined by a female who was spotted pointing out some pieces in a store window.

It was just announced that Brad and his fiancee Angelina Jolie‘s wine making venture, Miraval Rose 2012, sold out within five hours of going on sale! The 6,000 bottle stock was gone by 2pm yesterday. Cases of six bottles of this wine were priced at the affordable price of $139.

Check the pictures of Brad Pitt shopping for furniture in rainy Paris. 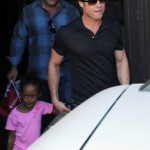 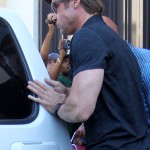 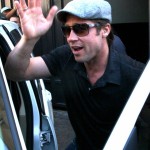 Then Brad carefully held Zahara’s hand as they made their exit while offering up a wave and smile to fans gathered to catch a glimpse of the Hollywood hunk. Pitt ended up having to direct people to move out of the way as he then navigated his white SUV through the crowd en route to the family home in the Hollywood Hills.

In July 2005, Pitt accompanied Jolie to Ethiopia, where she adopted the six-month-old girl Zahara. It was confirmed later, in December 2005, that Pitt was seeking to legally adopt Jolie’s two children, Maddox and Zahara. On January 19, 2006, a California judge granted their request to change the children’s surnames to “Jolie-Pitt”.

Actress Angelina Jolie poses for a photo call, presenting her new action thriller “Salt”. It was held at Summer of Sony in Cancun, Mexico. 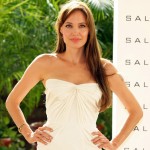 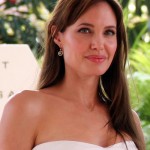 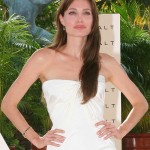 The 35-year-old actress was joined by co-star Chiwetel Ejiofor and director Philip Noyce at the event. Angelina Jolie plays Evelyn Salt, accused of being a KGB sleeper agent, on the run to try to clear her name. She is wearing a Versace dress, Ferragamo shoes, and jewelry of her own design. Salt will be released in theaters on July 23!