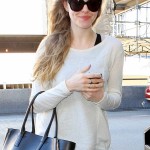 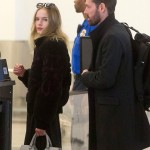 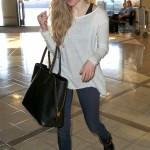 The Hollywood Actor Became a Victim of some Internet Snowboarding Death Hoax. Many are coming across a news report saying that Cage died in a snowboarding incident. Global Associated News, which is notorious for starting false celebrity death rumors, says “Actor Nicholas Cage is reported to have died shortly after a snowboard accident earlier today – January 17, 2013. ”

The site claims that Cage died in a snowboarding incident at the Zermatt ski resort in Zermatt, Switzerland.

“Witnesses indicate that Nicholas Cage lost control of his snowboard and struck a tree at a high rate of speed. Nicholas Cage was air lifted by ski patrol teams to a local hospital, however, it is believed that the actor died instantly from the impact of the crash. The actor was wearing a helmet at the time of the accident and drugs and alcohol do not appear to have played any part in his death,” the report reads. 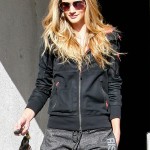 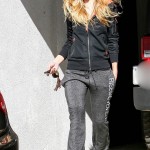 Supermodel Behati Prinsloo shows off her perfect body in some pink lingerie during a photo shoot for Victoria’s Secret on Wednesday (January 16) in Miami, Florida. 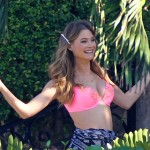 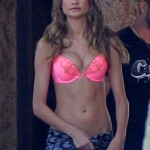 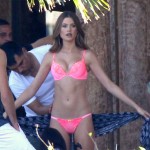 The 23-year-old VS Angel and girlfriend of Adam Levine sported a pair of the brand’s signature wings during the shoot.

“Playing chicken on set with @victoriasSecret #miami” Behati tweeted the day before.

In case you missed them, check out photos of Bee, Erin Heatherton, and Candice Swanepoel in the Victoria’s Secret Swim 2013 catalogue.