Mila Kunis gets festive by picking up a couple of pumpkins on Wednesday (October 17) while at Pavillions Marketplace in West Hollywood, California. 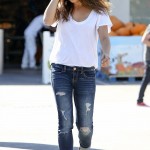 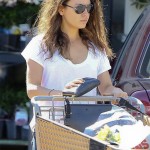 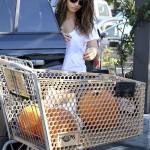 The 29-year-old actress dressed down in a casual tee and distressed jeans.

PHOTOS: Check out the latest pics of Mila Kunis

Mila is back in Los Angeles after spending some quality time in New York with boyfriend Ashton Kutcher.

10+ pictures inside of Mila Kunis