The 28-year-old actress, who was born in Ukrainian SSR (Soviet Union) and is the new face of Dior, wore one of the fashion house’s gowns to the Golden Globes over the weekend.

Mila can next be seen in the comedy Ted opposite Seth MacFarlane, who also wrote and directed the flick, and Mark Wahlberg. 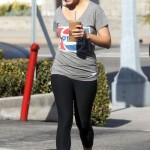 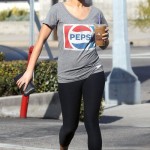 The movie centers around “a man and his teddy bear, who comes to life as the result of a childhood wish.”