Taylor Swift has shared the stage with some of the biggest (and most surprising) artists during her Speak Now Tour. Everyone from Nicki Minaj and Selena Gomez to Bruce Springsteen has graced the stage with the pop darling in 2011. 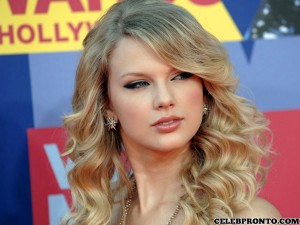 During a Miami tour stop last month, the singer brought Flo Rida onstage to perform his very blush-inducing track “Right Round.” And if you were surprised to hear about the collaboration, Flo told MTV News at Los Angeles’ Jingle Ball over the weekend that he was just as shocked.

“I was in Australia. I got home, and I was actually staying in my condo for the day,” he explained. “And I looked down, ’cause my condo, it’s right across the street from the arena, and I was like, ‘I wonder who’s performing?’ So I went down there, spur-of-the-moment, and they told me it was Taylor.”

Initially, Flo Rida just wanted a chance to catch the show, but when he spoke to her people, it turned into a whole different opportunity. “I spoke with them, and they asked me to perform,” he said. “And she was very nice and very humble. I had an amazing time. Her fans are over-the-top. It was crazy. Much love to Taylor Swift.”

Swift wrapped up her tour in New York last month. During her Atlanta stop over the summer, she brought another rapper onstage with her: T.I. “I was pleasantly surprised and confused,” T.I. told MTV News of receiving the phone call from Swift. “I was confused because I know it’s a phenomenal opportunity, but being T.I. — the Rubberband Man — and Taylor Swift being America’s Sweetheart, I had just gotten out of prison, like, two days [earlier], and all of a sudden my phone rings.”

While the hip-hop appearances on her tour might seem surprising, Swift assured us in October that she really loves the genre. “I’m a huge hip-hop fan, and it’s been so amazing to have so many incredible artists come out and to get to sing the hooks on their songs that I’ve been blasting in my car for the last couple years,” she said. “It’s been awesome. I couldn’t have asked for more amazing special guests on this tour.”