Beautiful Indian actress and model Freida Pinto smiles as she touches down at LAX airport on Saturday (December 10) in Los Angeles.

The 27-year-old Immortals actress is back in the U.S. after spending time in Europe, where she attended the Chanel Paris-Bombay Show at the Grand Palais in Paris, France. 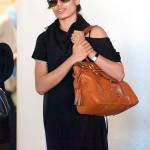 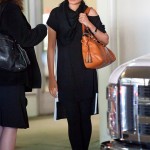 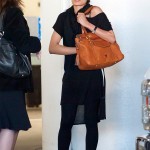 Freida recently spoke with the Wall Street Journal about how she’d like to play a variety of roles, not just parts in more independent features.

“I still enjoy films like 300 and Gladiator, and actually when I watch the films I see myself fitting into some of those roles; I feel, why not? Why not be part of something like that as well,” she said.