Ryan Gosling is a gangster on the set of his latest film The Gangster Squad on Tuesday, September 13, in Los Angeles. The films directed by Ruben Fleischer will be released in 2013. 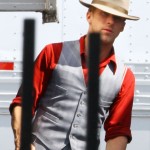 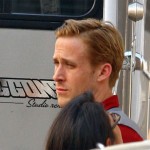 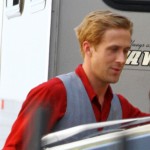 The 30-year-old actor just returned from a trip to Canada for the 2011 Toronto International Film Festival, where he premiered his films The Ides of March and Drive!

The Gangster Squad also stars Josh Brolin, and Emma Stone, who Ryan recently teamed up with for the romantic comedy Crazy, Stupid, Love.