Christopher Nolan is meticulously secret when it comes to the plot of his movies, particularly the Batman films, which is why it’s surprising to see how insanely out in the open production on The Dark Knight Rises in Pittsburgh has been so far. The entire Internet’s already seen Bane in full costume, and now here’s Christian Bale’s Batman fighting him in broad daylight. On top of that, you can see Marion Cotillard clear as day, and a goddamn married couple just walking up to the set and posing for pictures with The Batmobile. 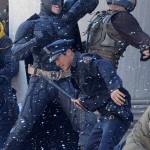 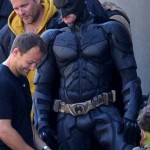 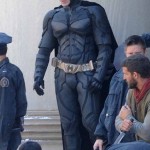 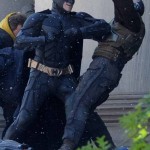 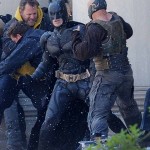 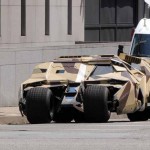 I’m almost afraid to see more photos because I’m pretty sure they’ll just be Christopher Nolan handing out copies of the script at a Pirates game. “On page 67, you learn Joseph Gordon-Levitt is really Dick Grayson. We film that scene in the strip district Tuesday at 10. Bring a camera!”