Jake Gyllenhaal goes for a jog along Mullholland Drive on Thursday, January 13, in Hollywood. The 30-year-old actor of Prince of Persia, reportedly called off his relationship with Taylor Swift “out of the blue.”

“[He] told her it wasn’t working out. Taylor is really upset and hurt. She doesn’t know what she did for him to put a stop to it. She feels really burned by him,” a source told Us Weekly. 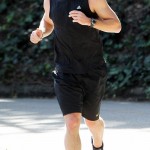 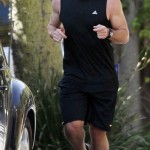 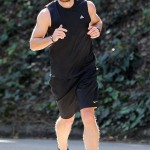 Check these pictures inside of Jake Gyllenhaal jogging around Hollywood, yesterday.