Puerto Rican pop singer Ricky Martin strikes a pose on the January 2011 cover of UK’s Attitude magazine. The 38-year-old Puerto Rican and father of two, Matteo and Valentino, shared what he looks for in a guy. “I love witty,” he told the mag. “I love mental strength. Just being secure. With all the stuff I come with, you have to be someone who is sure of himself. That turns me on. Somebody who is very sure of themselves without being arrogant, smart, witty, has a career. Somebody who is very open-minded about things. That’s what I love. Adventurous is the word.”

“I used to fall in love quickly,” Ricky admitted. “When you are young you are open to taking risks and not afraid of anything. Now my priorities are different. I have children and they are the most important thing in my life. OK, I’m in a relationship and I know how lucky I am.”

Attitude is the best selling gay magazine in UK and is also distributed worldwide and available worldwide as a download for ipad and iphone. The first issue appeared in May 1994. As of 2010, it is owned by Trojan Publishing.

Actor John Travolta denies rumors. His attorney Marty Singer has reportedly sent a threatening letter to a website because they did a story on a book written by a man who claims Travolta is leading a secret gay life and he’s not going out of the closet.

The Hollywood star has been accused of being gay, one more time. The actor along with his wife, Kelly Preston recently welcomed their new baby boy Benjamin, in November this year.

This is not a new story. The actor was accused of being gay since the 1980’s and John Travolta is very upset by these ongoing comments. It is said that John’s friend, Carrie Fisher wanted him to come up with the truth about being gay, but he simply backed away saying that it is not true.

Another source claims that, John Travolta kissed a few male staff on their lips on a plane. If he is leading a secret gay life, the world should know about it says his close friend.

Author, Robert Randolph, for the series of gay culture said that: “I have no doubt that John Travolta is a sex addict. I’ve heard from many men who have either had gay sex with John or saw him having gay sex in health spas, steam rooms, locker rooms, you name it.” Randolph also claims to say that John cheated on wife, Kelly Preston, with six other men.

The book, “You’ll Never Spa in This Town Again”, by author Robert Randolph, has alleged that Travolta spends a lot of time at the City Spa & Health Club ‘pretty much in the open regarding his activities.

Ashlee Simpson and Odette Yustman posing at the exclusive launch preview of black 15 in 1 at the Andy Lecompte Salon in Los Angeles on Wednesday, December 15. Black 15 in 1 is the beauty industry’s first 15-in-1 miracle hair product, which hits stores on January 1st, 2011. 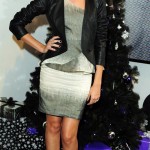 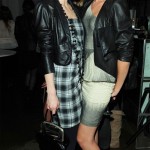 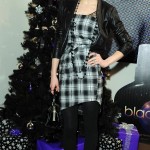 This new potion promises to do the work of all those other products with just two to three spritzes to the hair. Created by a Detroit-based hair-care distributor named Larry Gaynor, the hair treatment comes in a small (100 milliliter) container shaped like a perfume bottle that feels reminiscent of Elizabeth Taylor’s Passion.

Gerard Butler chats on his cell phone during a stroll through New York’s West Village on Thursday, December 9. He suddenly upped his pace and dashed to catch a cab. The 41-year-old Scottish actor is back in Manhattan after spending some time in Miami earlier in the week. 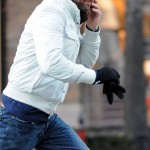 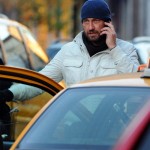 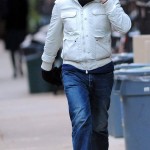 Recently, Gerry received a Annie nomination in the Voice Acting in a Feature Production category for his work in the animated film How to Train Your Dragon. The Annie Awards showcases and acknowledges achievements in animation in film, television, and video game.

His upcoming film “Coriolanus”, directed by and starring Ralph Fiennes, is expected to open the 2011 Belgrade International Film Festival.

The rumors that the late Heath Ledger will be seen as the Joker in “The Dark Knight Rises” are not true. Director Christopher Nolan and his wife producer Emma Thomas both deny that the deceased actor will be involved. Thomas said: “I heard the rumor. We’re not doing that”. Ledger died of an accidental drug overdose in January 2008.

Heath won a posthumous Academy Award (Oscar) for his performance as The Joker in the Dark Knight, but there had been rumours that cut footage from the movie could be used in the new instalment. The director and Thomas have dismissed those claims.

Also, Aaron Eckhart said he won’t be in “Dark Knight Rises”. The actor confirmed he had a meeting with Nolan on the beach and the Director delivered the news to him. “I was heartbroken,” Aaron said of learning that he won’t return as Harvey Dent.

Meanwhile, Nolan has said that “The Dark Knight Rises,” which is due in theaters in July 2012, will be his final Batman movie.