It looks like Kristin Cavallari has her beautiful eyes set on a new flavor of the month. It has been reported that “The Hills” actress and model was spotted getting very close to Chicago Bears quarterback, Jay Cutler at the Angels and Kings lounge in Chicago, IL. The sources claim that: “The two were all over each other this past weekend in Chicago.” 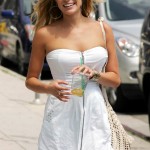 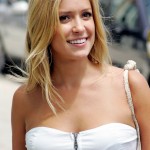 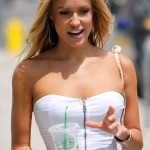 We hear Jay even met Kristin’s mom during the post-game meet and greet. The two then had their first official date Monday night in Chicago going on a group date to Angels and Kings bar, where they were kissing all night. She wants to come back to Chicago more often during the season.

A few weeks back however Cavallari was reported making out with Paris Hilton’s ex boyfriend Doug Reinhardt. They were seen at the Las Vegas hot spot Voyeur and they looked very happy with each other, “holding hands and smooching.” But then she told press, “I’ve known Doug since I was 15 years old. Yeah, I saw him there, but not like that.”