Actress and model Blake Lively looked beautiful in a navy blue dress as she filmed an episode of Gossip Girl in New York yesterday. It seemed the 23-year-old pretty high heel shoes might have become a bit too much for her feet. In her breaks from filming, Lively swapped out the high heels for a pair of more comfortable flats. 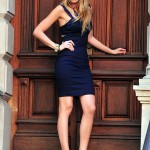 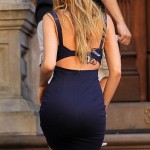 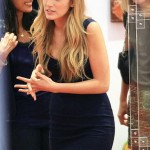 Fans of the star’s fashionable image will have a bit of a shock later this month when the actress appears in the new Ben Affleck film “The Town”. The film centers on four thieves who are hunted on the streets of Boston by a determined FBI agent and a woman with the power to bring them all to their knees.

The actress recently talked about her film career. She told Marie Claire, “I want to take risks, I don’t wanna play it safe. I could probably make more money if I did more commercial projects. It would be nice to buy an apartment, but I’m 23 and I don’t need to yet.”