Ex-Playboy model Jenny McCarthy has been dating Jason Toohey, a fitness instructor, reports People Magazine. Jason, 35, is a Las Vegas resident and has been living with Jenny! Jennifer was snapped as she partied in Las Vegas with Jason, who also performs as a pirate at the Treasure Island Hotel. And while their relationship has only just become public knowledge, the couple have been secretly dating for two months. 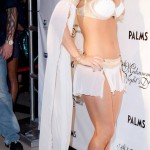 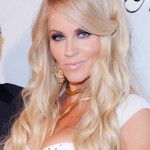 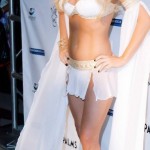 Jason changed his Facebook profile to ‘in a relationship’ two months ago, putting a snap of him cuddling up to Jenny as his profile picture. Then in July Toohey joined Twitter, Jenny’s preferred networking site. Jenny tweeted: ‘Mr Facebook decides to finally tweet. Welcome to the tweeters Mr. Toohey.