Serena Williams hosted the Hamptons Magazine Cover Party in New York City wearing a cute mini leopard print Dolce & Gabbana dress. The party was to celebrate Hamptons Magazine cover, at Pranna. The tennis star and current world number 1 appeared sexy in black and white on the cover of Hamptons Magazine recently. She accessorized with earrings, a bead bracelet, a diamond ring, and a chunky oval ring. The dress color flattered her skin tone. She was joined by hip hop mogul Russell Simmons at the party and the two posed together for photogs. 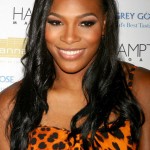 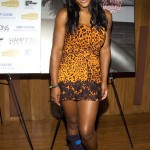 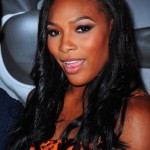 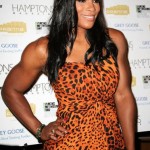 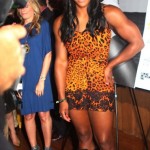 Her shoulder length hair, styled in loose waves with a side parting, draped her shoulders. She also wore thick eyeliner and nude shimmering lip gloss. Her strappy dress revealed a cute flower tattoo on her left shoulder. Her black leg cast on the right foot was no distraction as she looked stylish, gorgeous and radiant like never before. The rumours about a possible “nose job” were not true at all. She was using a new make-up technique which added the illusion of more defined facial features.

Serena reportedly hurt her foot this July when she stepped over a broken glass in a German restaurant while celebrating her 13th Grand Slam singles title at Wimbledon. In the accompanying cover story, she talks about her injury and how it has given her time to relax and and do things off court.

“I can actually use the recovery time. I’m so active trying to produce television shows now, writing and playing tennis—and on top of that, winning Grand Slams—that it’s good for me to just have some time off. At first I dreaded it, but I’m sleeping a lot, which is good, and I’m being babied.” Then she added: “A year from now, I see myself trying to compete and win Grand Slams, but maybe not playing such a full schedule so I can focus on the other things in my life, like doing more in show business,” she said.

Serena has her own fashion line called Aneres, which is her first name (Serena) spelled backward. In 2009 she launched a signature collection of handbags and jewelry titled “Signature Statement” which is sold mainly on the Home Shopping Network.

Reality television star Kim Kardashian spotted looking stunning at Emmy Awards last night, August 29 at the Nokia Theatre in Los Angeles. Miss Kardashian paired her white Grecian-inspired Marchesa gown with a simple updo for the red carpet at tonight’s Emmys. She also picked a Lorraine Schwartz pinky ring to complete the look. Kim was ready to let the madness begin as she stepped before the photographers, but she’s a pro at handling all the attention. 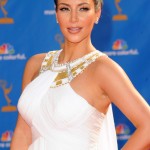 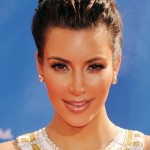 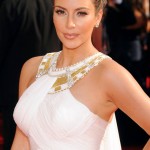 Kim Kardashian revealed her exclusive outfit for the red carpet crowd and showed why she is one of the most popular television stars. The outfit also had Kardashian showing multiple bracelets around her left wrist to accent the attire.

Kim is the star with her sisters Khloe and Kourtney of the popular series “Keeping Up With The Kardashians”. Her mother is Kris Jenner who is married to USA Olympic decathlon winner Bruce Jenner. Kardashian’s father, Robert Kardashian, was one of the lawyers defending O.J. Simpson against murder charges.

Actor George Clooney and his Italian girlfriend model Elisabetta Canalis, 31, pose together in the 2010 Emmy Awards Trophy Room at the Nokia Theatre on Sunday, August 29 in Los Angeles, CA. George picked up the Bob Hope Humanitarian Award during the 62nd Primetime Emmy Awards. He received this Award for his history of motivating people in Hollywood to rally together and provide aid and assistance in times of tragedy or disaster. 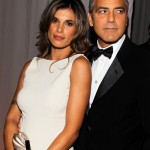 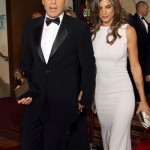 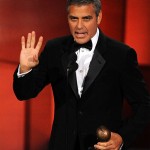 Actress Julianna Marguiles received the honor of presenting the award to her ex E.R. co-star! Mr. Clooney wore a Giorgio Armani classic tuxedo, most recently organized the Hope for Haiti Now after the devastating earthquake in Haiti.

George was presented with the Bob Hope Humanitarian Award at the Primetime Emmy Awards for his work to raise awareness of the crisis in Darfur, and fund-raising efforts for causes ranging from Hurricane Katrina to the Haiti earthquake and the victims of the September 11 2001 attacks on New York and Washington DC.

The actor said: “It’s important to remember how much good can get done because we live in such strange times where bad behavior sucks up all of the attention and the press.”

Beautiful Colombian actress and model Sofia Vergara sparkles in a Carolina Herrera gown at the 2010 Emmy Awards on Sunday, August 29 at the modern Nokia Theatre in Los Angeles. The “Modern Family” star accessorized with Brian Atwood high heel shoes. To top it all off, she adorned herself with gold statement earrings and matching bangles. 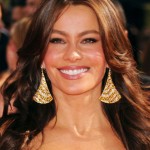 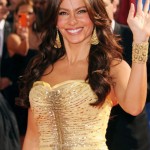 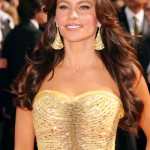 Sofia presented the award along with Jim Parsons for Outstanding Writing for a Comedy Series to her own hit show! Modern Family also beat Curb Your Enthusiasm, Glee, Nurse Jackie, The Office, and 30 Rock to win Outstanding Comedy Series!

Before “Modern Family”, Sofia Vergara was already well-known in North America from her modeling work, and her first notable acting job in English language was in the movie “Chasing Papi”. 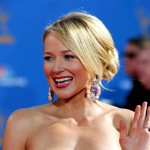 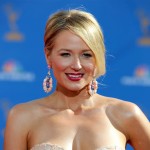 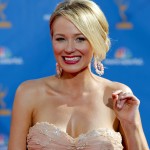 Singer Britney Spears and her boyfriend and Ex-Agent Jason Trawick spend some time together on the balcony of their hotel room on Saturday, August 28 in Maui, Hawaii. After observing what was going on outside their room, the couple went down to the pool for some relaxation time. The couple also hit up a high end shopping center and left burdened by bags. 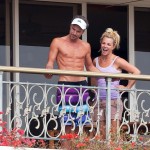 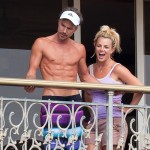 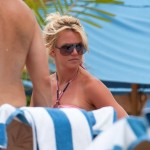 In May 2010, Spears’s representatives confirmed she was dating her agent Jason Trawick, and that they had decided to end their professional relationship to focus on their personal relationship. So, the couple decided to go to Hawaii, a popular choice for celebs, Zac Efron and Vanessa Hudgens just had their holiday there. Britney, 28, has been photographed looking in great shape in a bikini outfit.

Home Alone child star Macaulay Culkin turns 30 today, August 26th. Culkin, best known for the movie, “Home Alone” and its sequel “Home Alone 2: Lost in New York”, played the lead role as the abandoned child, Kevin McAllister. Macaulay is the most heroic child Hollywood ever produced. However, for so many years, Macaulay Culkin has been the most out-of-work actor and has maintained a low-profile. From 1994 to 2000 he was practically out of business. After several years of inactivity, Culkin returned to acting in 2000 with a role in the play Madame Melville.

The popular former child actor, Macaulay Culkin, who turned 30 on Thursday, shared a close relationship with Michael Jackson. In 1998, Macaulay married actress Rachel Miner and divorced in 2002. He has been in a relationship with actress Mila Kunis for eight years. 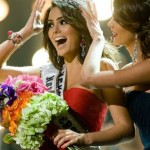 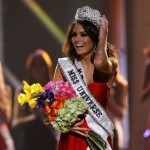 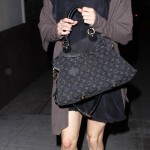 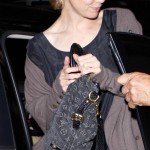 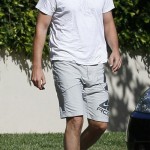 The social Webcam Chat service known as Chatroulette, has been used in a viral marketing campaign for the new film, The Last Exorcism (2010). The campaign is sure to bring a measure of sick satisfaction to those who have dared enter the world of ChatRoulette recently. The Webcam chat service has a reputation for consisting mostly of boys and men looking for women. That is at least a small part of why the campaign on Chat Roulette works.

Videos are making the rounds of young male Chat Rouletters talking with a pretty girl who starts to take off her top. Before any real skin is revealed, her eyes suddenly roll back into her head, her skin turns sallow and blood gushes out of her evil eyes.

In another version of the viral “trailer” or “Interactive teaser”, she breaks her own neck. That pretty girl is possessed by the devil and happens to be the star of a new horror movie. The URL address for the movie’s website flashes across the screen as her chat victims stare on with horror and disbelief. Way to ruin the mood, marketers.

Is this a case of sexual schadenfreude or is it just a fun Internet prank? I leave it up to you to decide and comment on this idea.