Melania Trump is a beautiful woman and this time she goes strapless in Christian Siriano at the MET Ball 2010. It was held at the Metropolitan Museum of Art on Monday, May 3 in New York City. 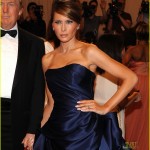 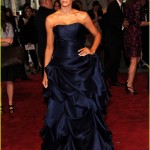 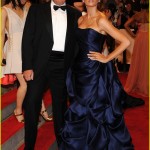 The Costume Institute Gala Benefit celebrates the opening of the “American Woman: Fashioning a National Identity” exhibition. The event is hosted by Patrick Robinson of The Gap and it is co-hosted by Anna Wintour, editor of Vogue, and talk show queen Oprah Winfrey.