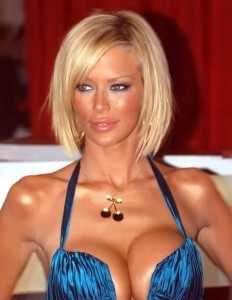 Britney Spears makes a stop at a store in Los Angeles to pick up some orange soda to go. The 28-year-old pop celeb rocked super short shorts and Uggs for her trip out. She’s been working out, judging by her muscular legs. 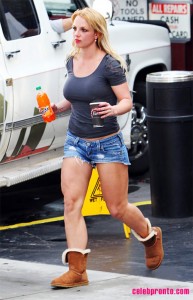 Beautiful Avril Lavigne rocks the stadium during a surprise performance at the Closing Ceremony of the Vancouver 2010 Winter Olympics on Sunday, February 28. 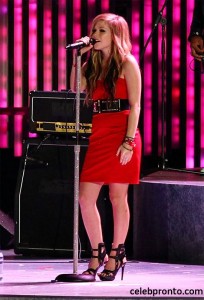